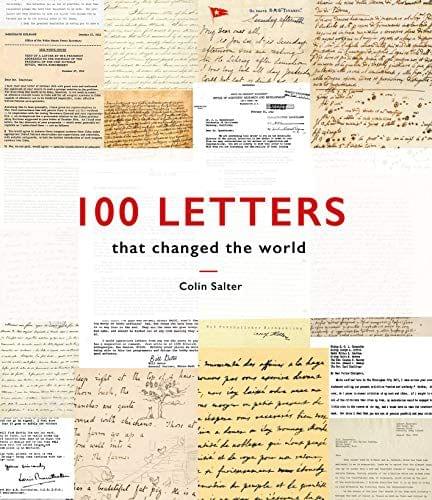 100 Letters That Changed The World

Be the first to review this product

The written word has the power to inspire, astonish and entertain, as this collection of 100 letters that changed history will show. Ordered chronologically, the letters range from ink-inscribed tablets that vividly describe life in the Roman Empire to remarkable last wills and testaments, passionate outpourings of love and despair, and succinct notes with deadly consequences.

Entries include: A resum from Leonardo da Vinci, with barely a mention of his artistic talents; Henry VIII s love letters to Anne Boleyn, which eventually led to the dissolution of the monasteries; Beatrix Potter s correspondence with a friend s son that introduced the character of Peter Rabbit; SOS telegrams from the Titanic; Abraham Lincoln's letter that contradicted his fight against slavery; a legal letter marking the end of the Beatles; Emile Zola s open letter ('J accuse!'); the scrawled note that brought about Oscar Wilde s downfall; as well as famous last words from Virginia Woolf to Kurt Cobain.