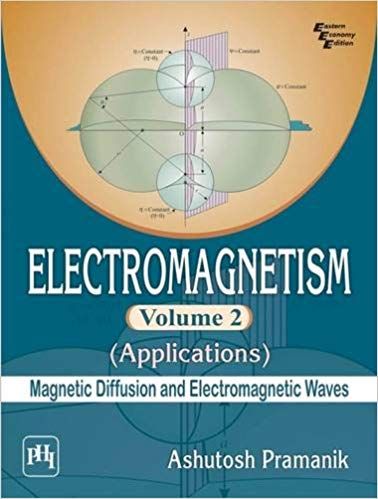 Be the first to review this product

This book is a sequel to Electromagnetism: Theory (Volume I). It has been updated to cover some additional aspects of theory and nearly all modern applications. The semi-historical approach is unchanged, but further historical comments have been introduced at various places in the book to give a better insight into the development of the subject as well as to make the study more interesting and palatable to the students. Key Features: Emphasis on practical aspects of wave guidance and radiation Sections on analysis of cylindrical dielectric waveguide (e.g. of optical fibres) in Chapters 18 and 22 Tensor formulation of Maxwell's Stresses Extension of Principle of Duality to time varying field problems as well as to non electrical systems Extrapolation of the method of images from partially embedded conduction current elements to discontinuous current elements with displacement currents in antennae problems Explanation of the physical basis of the mechanism of electromagnetic radiation Analysis of wave polarization including complete and partial polarization Effects of finite geometrical dimensions of the conducting media on the skin-effect phenomenon Types of apertures in receiving antennae The book is designed to serve as a core text for students of electrical engineering. Besides, it will be useful to postgraduate physics students as well as research engineers and design and development engineers in industries.